On 12 September 2020, a phenomenon similar to the effect of Sahara dust in the atmosphere could be observed over parts of Germany leading to a reduced solar power production. The forest fires in the Western USA generated soot particles that were hurled to high altitudes and then transported by the jet stream to Central Europe (Figure 1). These soot particles served on the one hand as condensation nuclei during cloud formation and on the other hand they reduced the solar radiation due to their optical thickness and thus had a direct influence on solar production.

The satellite image of the cloud cover over Germany of 12 September 2020 shows a band of thin clouds at high altitudes (Figure 2). Since these clouds were not recognized satisfactorily by weather prediction models, it can be assumed that they were caused by the high concentration of soot particles. Most weather models have too low a resolution to realistically represent this process and take it into account in the forecast.

However, energy & meteo systems is aware of this phenomenon and adapts the forecasts according to the situation, just as with Sahara dust events. 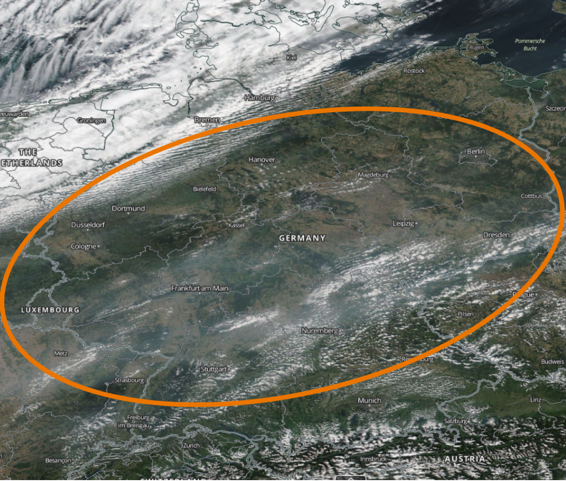 Figure 2: Satellite image of Germany of 12.09.2020. Cirrus clouds over the center of Germany probably due to soot particles can be seen. (Source: Worldview https://worldview.earthdata.nasa.gov/)