An annular solar eclipse will occur on June 10 mainly over the northern polar region and also the northern part of Europe. In the course of the morning the sun will partly be obscured by the moon projecting a shadow onto earth that is moving from east to west. In Germany, the event proceeds from 11 to 14 CET with a maximum coverage of 21% in the north and 5% in the south. 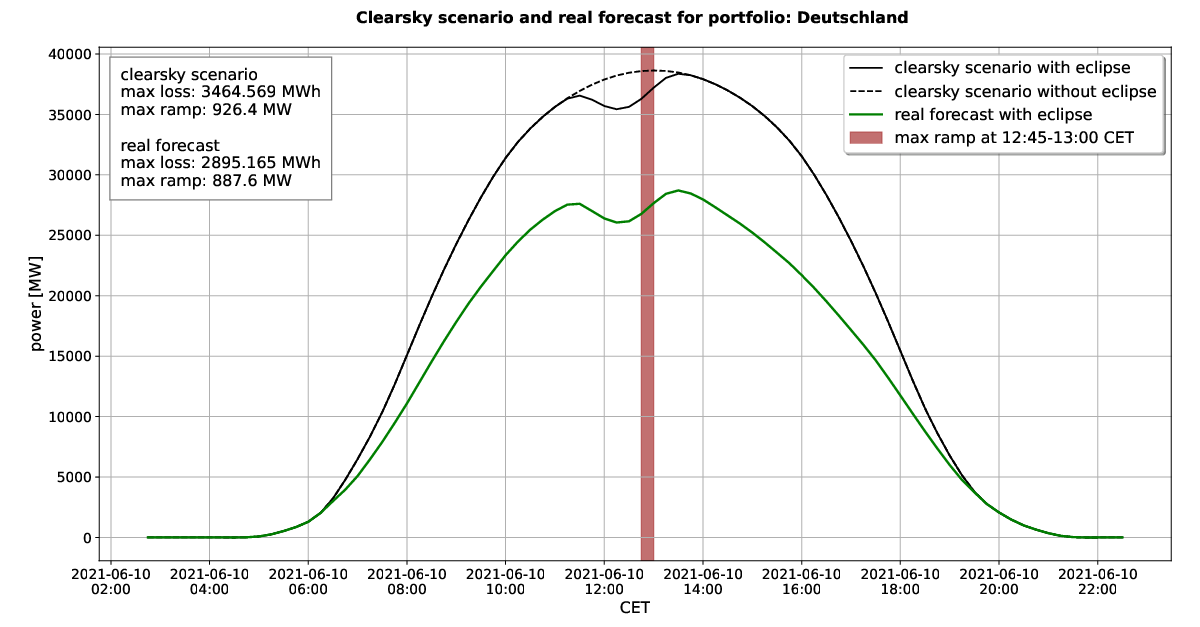 The power production from photovoltaic power plants will experience a short little dip during the eclipse. As especially the southern part will partly be covered by clouds the effect will be a bit lower compared to a completely sunny day. The solar power forecasts of energy & meteo systems take into account the shadowing effect of the moon on solar irradiance during the eclipse.