With two specialist workshops and a subsequent panel discussion in Mexico City and San Salvador, energy & meteo systems has successfully completed a project within the framework of the development partnership with the German Corporation for International Cooperation GmbH (GIZ), for wind and solar power forecasts in the region.

The project, which was commissioned by the Federal Ministry for Economic Cooperation and Development (BMZ) and implemented by GIZ GmbH as part of the develoPPP.de program, aimed to transfer know-how on grid and market integration of fluctuating energy sources to Mexico and Central America. As the expansion of renewable energies is taking formidable steps forward in Central and North America, there was great interest on the part of the grid operators in Mexico (CENACE) and El Salvador (UT) to participate in the project as local partners and benefit from the expertise of the Oldenburg company.

The prelude to develoPPP.de took place as part of a fact finding mission to Mexico and Central America to assess the status quo of renewable energy system integration. In a second step, energy & meteo systems conveyed expertise in generating predictions and their use in the integration of solar and wind power into electricity grids and markets. The third project phase transitioned from theory to practice: together with CENACE and UT, wind and solar farms with an installed capacity of 2,9 GW were selected for which energy & meteo systems delivered power predictions over a time period of one year. In the workshops conducted at the beginning of 2019, energy & meteo systems and projects partners introduced their pilot phase evaluations to over 160 participants from the energy sector. The accuracy of the predictions impressed both the project partners and audience of experts.

"We are extremely satisfied with the results of the developPPP.de", assesses Matthias Lange, the Managing Director of the Oldenburg company. "The cooperation with our partners was highly constructive. We learned much from working together and could apply knowledge acquired from the German and international Energy Transition in the areas of wind and solar power predictions as well as virtual power plants."

GIZ actively supported the implementation of develoPPP.de with the organization of the workshops and the exchange with the regional partners throughout the entire period. The GIZ project in Mexico has also produced a brochure on project content and results, which is available for download here.

For energy & meteo systems, this is only the beginning of a long-term invested engagement in Latin America. The company has already initiated a further developPPP.de together with the GIZ, placing the application of the Virtual Power Plant in South America at the forefront. 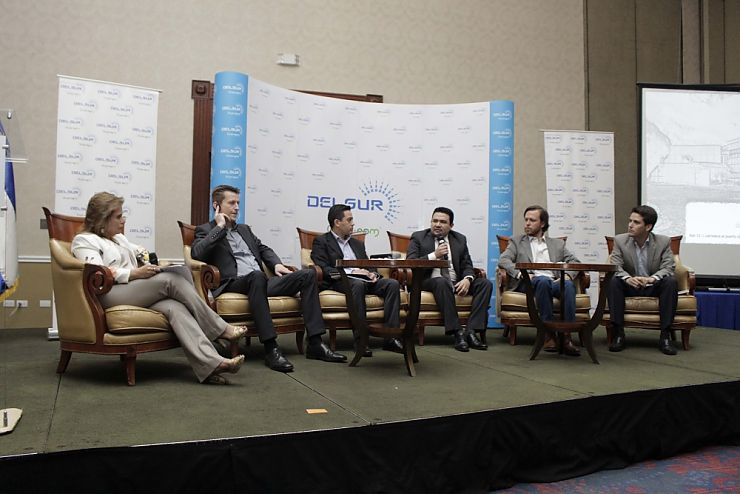 To project: Consulting on power forecasts in El Salvador and Mexico