Only a few days after numerous destructive tornadoes formed in the USA, a powerful low pressure system moved across large parts of the country on Wednesday and Thursday, causing the production of wind power regionally to temporarily collapse.

The low-pressure system had intensified very quickly east of the Rocky Mountains in Colorado on Wednesday and had moved across Nebraska to Lake Superior in the north-eastern USA by Thursday.

In the area of the Great Plains and the Midwest, weather stations had recorded widespread severe gusts around 90 - 110 kilometres per hour. Slightly south of the low pressure system, hurricane-force winds of 130-150 kilometres per hour were recorded in a narrow strip. Locally and at exposed locations, the wind blew even stronger. Tornados were again observed, especially in Nebraska and Iowa. 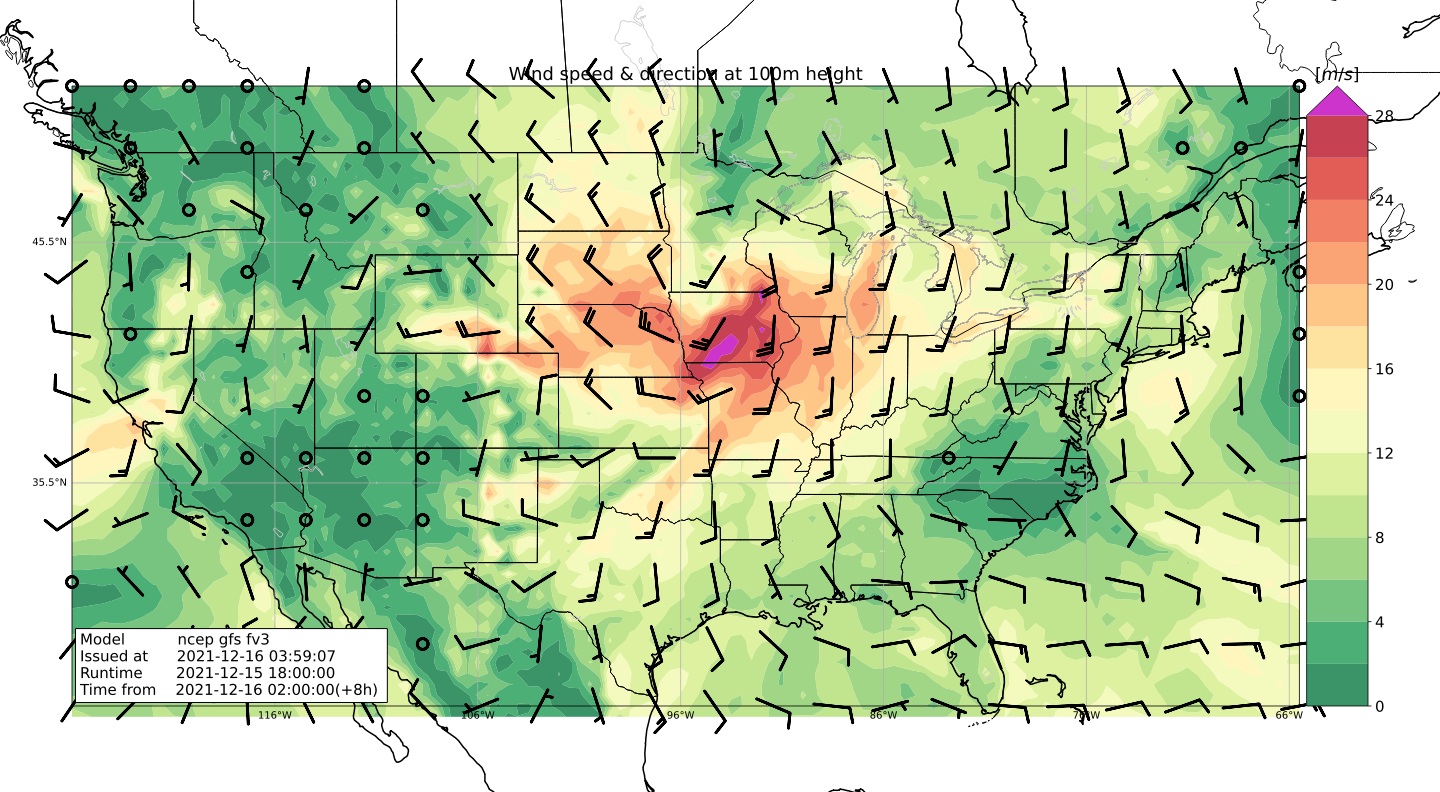 Figure: The map shows the predicted mean wind at hub height (100m) from the NCEP GFS model for the night from Wednesday to Thursday.

As the centre of the storm field passed right over the regions of the USA where many and huge wind farms are located, there was a major impact on the country's electricity production. In many places a wind speed level was reached at which a turbine shut down for self-protection. In addition, some power lines could not withstand the gusts and were destroyed. As a result, huge amounts of wind power were lost within a short period of time, up to 10 GW in Iowa and Minnesota alone.

energy & meteo systems always keeps a watchful eye on the US weather and was therefore able to inform its customers several days in advance about the impending storm and its possible effects. Customers can also choose from several in-house products that help them to assess the impact on their own portfolio as best as possible.