Polar Air Advance in the USA – Wind Turbines in the Ice

At the beginning of this week, a surge of cold polar air shifted south over the USA and led to a massive freezing of wind turbines unusually early in the season. At peak times, the total production loss was around 20 GW. In the transition area to tropical air masses, freezing rainfall occurred particularly in the states of Oklahoma and Texas. In these areas, the frosty air with temperatures as low as –5 deg Celsius spread close to the ground. At a height of a few hundred meters, the temperatures were still slightly above zero degrees. Hence, rain drops froze immediately when hitting the wind turbines. An ice shield formed on the turbines and led to large-scale freezing of entire wind farms. Some parks could only be put back into operation after a three-day period.

The occurrence of freezing rain as well as the effects on electricity production are difficult to predict. Nevertheless, energy & meteo systems integrated this phenomenon into the power forecast. Thanks to special forecasting techniques we can warn our customers of possible extreme events. 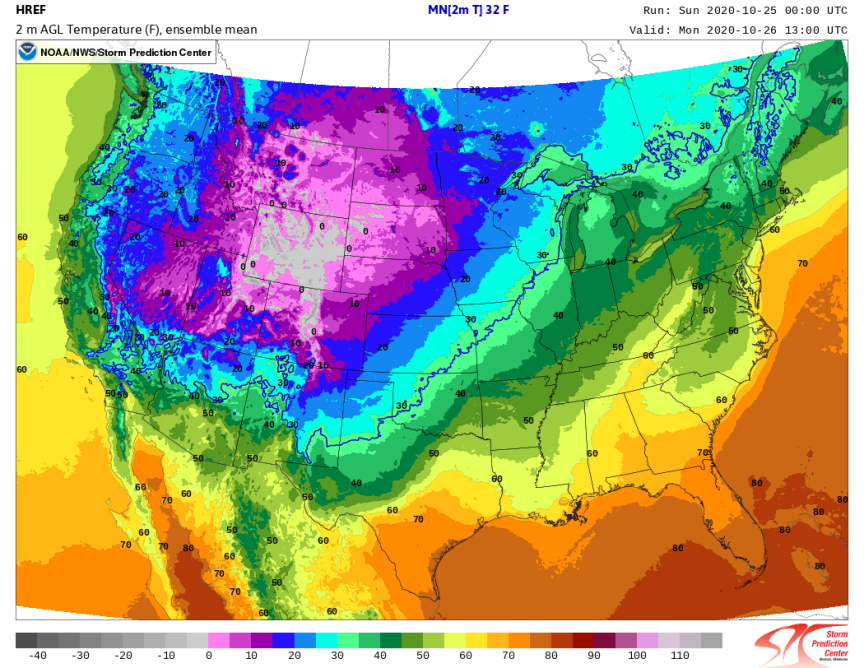