Last weekend, a storm over Algeria stirred up huge amounts of Saharan dust into the atmosphere. Between high air pressure over southeastern Europe and a Atlantic low, the dust particles were transported across the Iberian Peninsula and France to Germany. The German Weather Service determined that about 14 million tons of Saharan dust were in the atmosphere over North Africa and Europe on Wednesday.

While the dust is mostly found in very high air layers in the range of about 10 kilometers in comparable cases, which occur about 5 times a year, the particles moved up to about 2 to 4 kilometers in the past few days. Thus, by reflecting incoming solar radiation, the dust particles had an inhibiting effect on solar production in Germany and other European countries.

The particles could be observed with the naked eye and caused a milky haze in the sky (see photo with evening sky over Schleswig-Holstein on Monday, 22.02.2021) as well as colorful sunsets. Precipitation on Friday could cause the dust to wash out of the air and settle on objects – such as solar panels.

energy & meteo systems adjusted the solar forecasts according to the Saharan dust concentration. 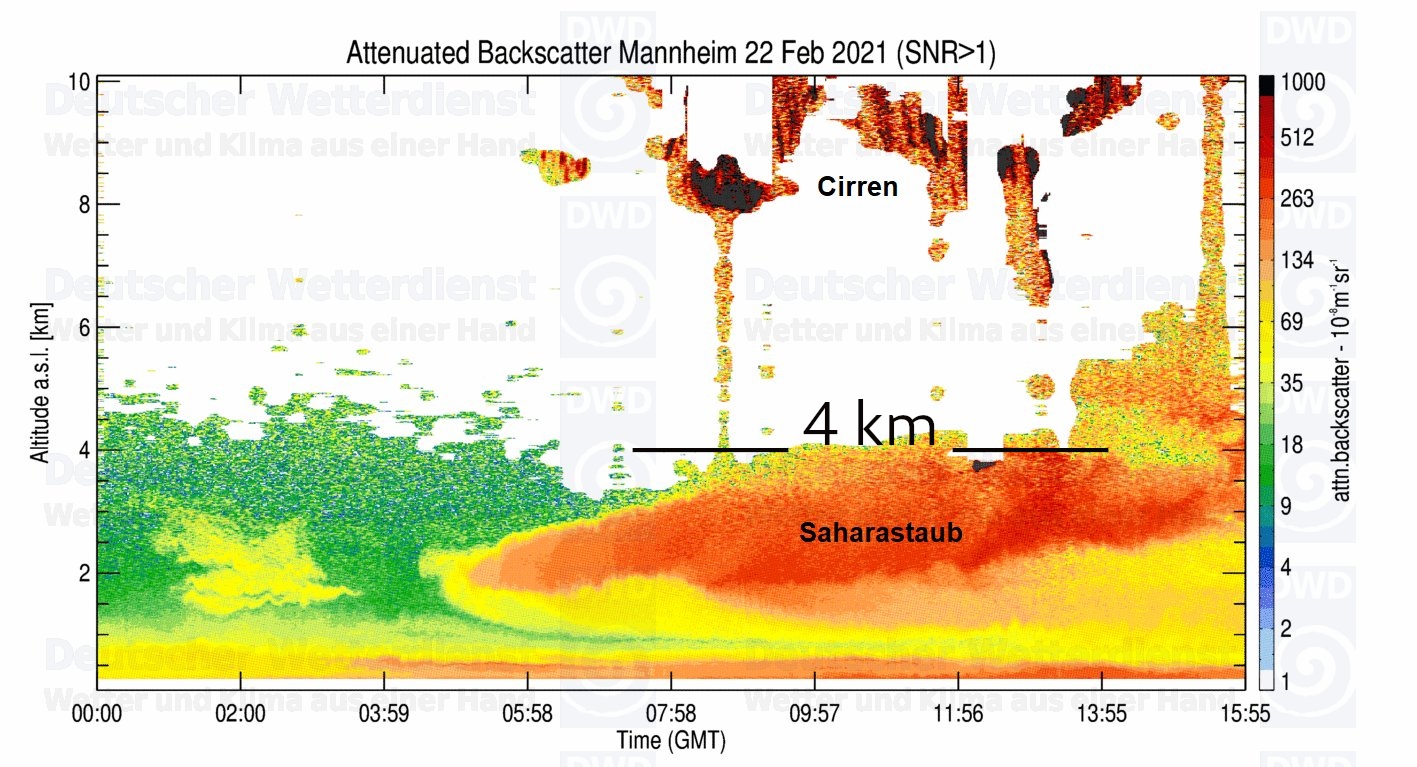 Figure: Ceilometer output (from Mannheim) of the German Weather Service.
From the ground, a measuring device is used to examine the reflectivity of the air layers above.